Get fresh music recommendations delivered to your inbox every Friday.
We've updated our Terms of Use. You can review the changes here.

by My Brother Woody 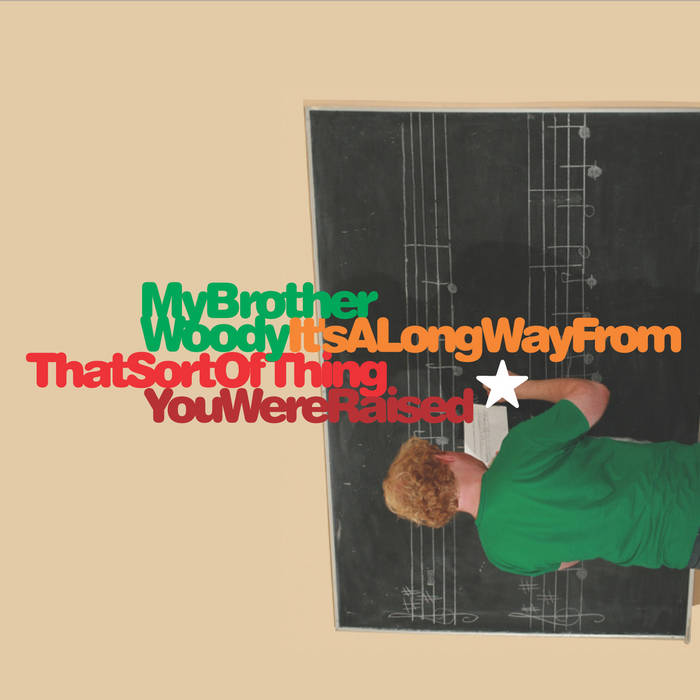 "..fizzes with classic pop sentiment, surfing on a wave of sacchrine keys, breathy doo-wops and mellifluous horns, cleare's sunbeam arrangments will brighten anyone's day".. - (..8/10 - Hotpress..) .... "..Warm, euphoric and totally infectious melodies.." (..4/5 The Star..).... "..Offaly's Mike Cleare is a name to watch. This impressive self-made debut is the work of a songwriter very much in love with classic West Coast pop.there's no denying the quality of Another Wave Of Harmony or a song that recalls the kookiness of Jens Lekman -- the delicious Getting Old Goes With Getting Fat. You sense a top-drawer producer would be able to make magic from such gems as promising material as the Brian Wilson-esque Super Serotonin Girl..." - ..John Meagher (Irish Independent)...... "..It's rare to find good music this way (myspace) but the songs I heard were really great!!!.." --..Blaine - (The New Pornographers)...... .."Here's the scenario: What if Dennis Wilson sang with The Pernice Brothers and the songs were co-written by Pernice, Paul Westerberg of The Replacements, Style Council era Paul Weller, Crowded House and arranged by Brian Wilson and Sufjan Stevens? It would be "My Brother Woody". This record is pop with a capital "P". This is a great CD and it shows a lot of work and dedication to the art of songwriting. The arrangements are mature and subtle and the lead vocals are strong and sure. If you like your music catchy and filled with pop, meaningful and with a lot of soul, you'll be buying "My Brother Woody" for several of your most musically discriminating friends."..-- (..Nelson Bragg - Brian Wilson Band..) .... "..Orchestral/Baroque pop fans will want to get this for sure. Keep an eye on this artist, as I expect great things to come.." - ..(8/10 Powerpopaholic.com)...... "..Catchy summer pop, highly talented musicianship, well crafted lyrics.." (..4/5 isthismusic.com..).... "..There is plenty on this record to demonstrate that MBW deserve a much wider audience.." (..7/10 americana-uk.com..).... "..Mellifluous Americana-tinged pop, It's great to see an Irish musician releasing an album like this, and hopefully it won't lie under the radar for too long.." - (..Album of the week - Kildare Nationalist..).... "..Hey Mike, i got the cd and i am in love.." --..Kramer (Ween, Daniel Johnston, Joyzipper)...... "..Warm indie-rock awash with the summer harmonies of late 60s pop culture, the début album from My Brother Woody is proving to be quite a pleasant indulgence since arriving through the Frequency-Ireland postbox....the album is nicely poised between dippy and melancholic moods, and is quite a triumph of indie-pop.." - ..(8/10 Frequency Ireland)...... "..a fab name derived from that cool Free Design song, and gently breathed musical landscapes not unlike compadres The Thrills. Musically it's a bit more brainy with piano, glockenspiel, horns and harmonies creating a world weary Cali-burn out sound, recalling both the glory years of '67-74 and today's acolytes ala Rufus Wainwright and Ben Folds..." - ..Jon "Mojo" Mills - (Shindig Magazine)...... "..A deceptively slow false start eventually paves way to a bevy of tracks that gently thump, fizzle and burble while simultaneously emitting occasional glints of glorious sunshine. Your New Found Taste and When Summer Comes wistfully dander along a charminglyl-paced path, while almost every track is infused with swoonsome, harmony-laden backing vocals.." - ..Lauren Murphy (Entertainment.ie)...... "..C’est fun, plus que ça, c’est classe.." - ..(Sucrepop.com)...... "..the album is full of infectiously catchy melodic alt rock sounds with a real emphasis on the summery pop sound, the album has a real west coast sixties pop feel to it at times with lots of great vocal harmonies and some lovely mellow brass sounds, features eleven superbly written catchy pop songs.." - ..(Road Records)...... "..a trawler's worth of sweet hooks. It all points to a great future.." - ..(mp3hugger.com)...... "..Top-shelf stuff.." - ..(Absolute Powerpop)...... "..Laurel Canyon-esque summer album of gentle wit.." - ..(Subba-cultcha.com)...... ...... ..

Bandcamp Daily  your guide to the world of Bandcamp

Sampa The Great joins the show to discuss her release, "As Above, So Below".